And herein do I exercise myself, to have always a conscience void of offence toward God, and toward men.

Golf is a gentleman’s game in which we are to police ourselves with the applicable of the rules. There are rules officials present on Tour, but not to proactively search out violations. Primarily they are on site to make rule decisions when called upon. When we act contrary to the rules of golf, we call the infraction on ourselves and assess the appropriate penalty. Thus, it is a game of integrity. Many have caught ourselves in that situation when we accidentally remove too many leafs or twigs from around our ball and it moves an eighth of an inch. No one was watching and no one knew of our actions. What do we do – do we play our next shot like nothing happened or do we assess ourselves with a penalty stroke and replace the ball? How about when the grocery store cashier fails to “ring up” one of our items or gives us the incorrect change? Legally we are under no duty and if we pose the scenario to society it would reply, “that’s the store’s problem” or “they make enough money by the high prices anyway.” No matter if you are playing for a Saturday skin or for a club championship, you will remember your dishonesty even though no one else will ever know of your actions. The more often a person acts contrary to his or her conscience, the easier it becomes to disregard the next time a difficult, but honest, approach is required. We will become desensitized from allowing our conscience have any meaningful impact in our decision making. The scripture above gives Paul’s testimony of not having any guilt to either man or God in his actions. His actions toward both man and God were counted as valuable to him. My prayer today is to have no guilty conscience with any of my dealings with my fellow man whether my actions are in the dark of night or light of the day. 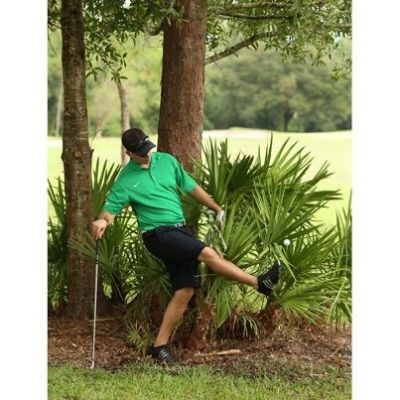