And about the ninth hour Jesus cried with a loud voice, saying, Eli, Eli, lama sabachthani? that is to say, My God, my God, why hast thou forsaken me?

Everyone of us have bad holes, bad rounds and bad days in general. We feel as if we are the worst golfer or worst sinner on Earth. This pain usually leads to us to feel as if we are the most forsaken person on Earth. Why me, God? I live at the foot of the cross . . . until adversity hits. Then, the invitations to the pity party are sent out one by one to anyone who will listen.

Jesus fulfilled the will of God by offering himself as the perfect sacrifice for mankind. He was obeying his Father’s will, yet He felt the absence of God at the time of His greatest pain and agony. How could this be the case? Was God absent during His son’s direct obedience of His will?

The pain, tears, and blood were all necessary elements of the suffering of Jesus. In order to be in all ways tempted and in all ways tried, it was necessary for Him to feel the pangs of our sins so we won’t have to be punished for our sins. God could have sent legions of angels or drops of water to quench His thirst, but neither happened. It is here we can fully see the pains of sin and the effect it has on God. Even though sinless, Jesus had to bear the pain of sin as our substitute. The presence of sin prevents any “happy communion” with God. During this time of suffering, Jesus called out “My God! My God!” Instead of separation in a time of a suffering, Our Savior desired to be closer to the Heavenly Father.

Charles Spurgeon gave a great and powerful description of this scene and its agony. He preached that Jesus bore the sinner’s sin and, therefore, had to be treated as such even though he was sinless. At this time, our righteous God was reflecting His power as the Judge of the Earth. Jesus was surety of the covenant and the sacrifice for sin. Therefore, God could not “blink His eye” and intervene in the substitution of the guilty.

When we feel broken, discouraged, and alone, we need to have the desire to be closer to the Father. We can never be tempted, tried, ridiculed or forsaken in any manner worse than our Savior. He has promised to never leave or forsake us. The price has already been paid.

Think about our Savior as he was being crucified on the cross alone when we feel bent or broken. None of His disciples or family members attempted to intervene. Instead of blaming the Father, the cry of “My God! My God!” was actually a yell solidifying the relationship. Let us never forget our God hears our cries – our cries of pain, cries of remorse and also our cries of jubilation. When we turn to Him, He grows closer to us in each circumstance. He can heal the hurt and console the heartbroken when we fully recognize Him. Spurgeon powerfully preached, “the anguish of the Savior on your behalf and mine is no more to be measured and weighed than the sin which needed it, or the love which endured it.” Nothing more can be said of the gravity of the sacrifice. Tell me about your bad day again. 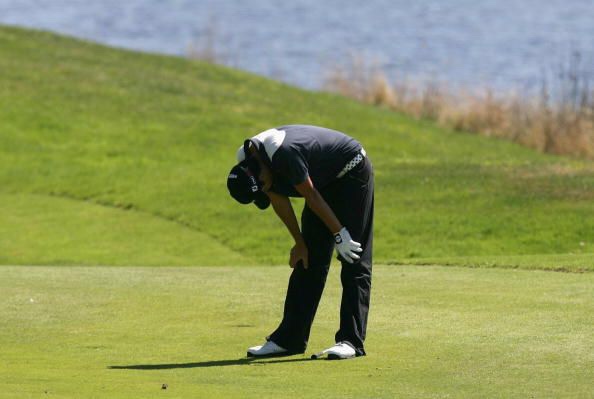